Forget the car, put on a pair of walking boots and make your way along the spectacular footpaths on the Amalfi Coast.
Ancient mule tracks and precipitous cliff edge paths which, until the SS163 was built, were the only viable routes existing between the towns dotted along the Amalfi Coast.

Walk through sweet smelling lemon orchards and tiny vegetable patches stolen from the mountainside, under the watchful gaze of the occasional goat or donkey, past ancient hermitages and convents to reach panoramas which will, quite literally, take your breath away. Those who suffer from vertigo are advised to abstain!

Il Sentiero degli Dei (The Path of the Gods) 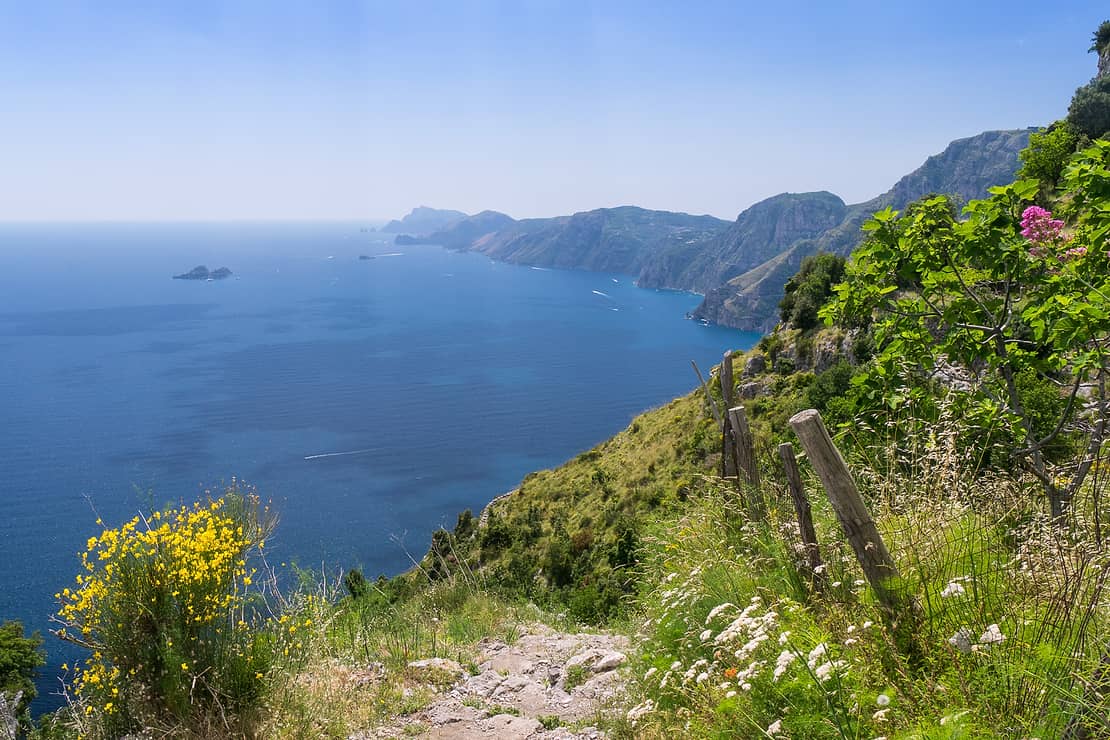 A walk made in heaven, this panoramic footpath between Agerola and Positano is one of the most spectacular on the whole of the Amalfi Coast.

Walking across waves of rock, amidst shimmering, silver-leafed olive trees and bushes of brilliant yellow broom, to reach the paradisiacal little beach opposite the Faraglioni of Capri. 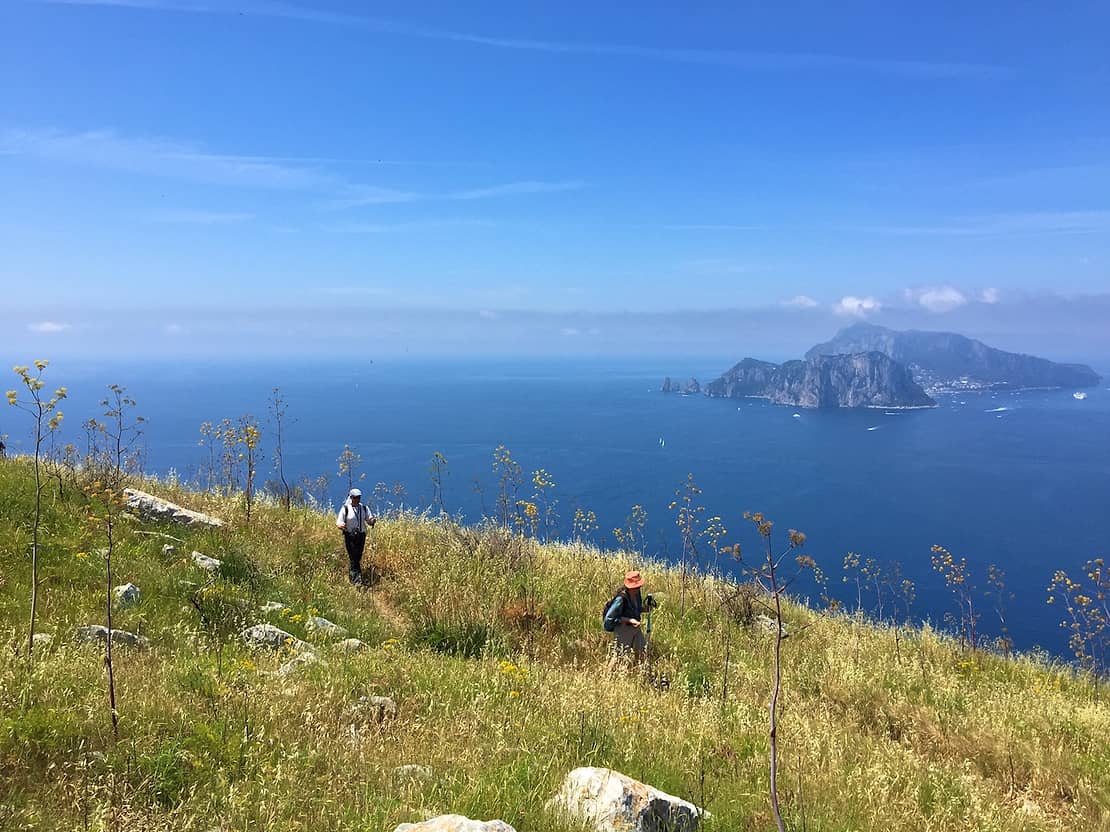 An expedition to the furthest point of the Amalfi Coast and the Minerva Sanctuary, where, legend has it, Ulysses was seduced by the Sirens. 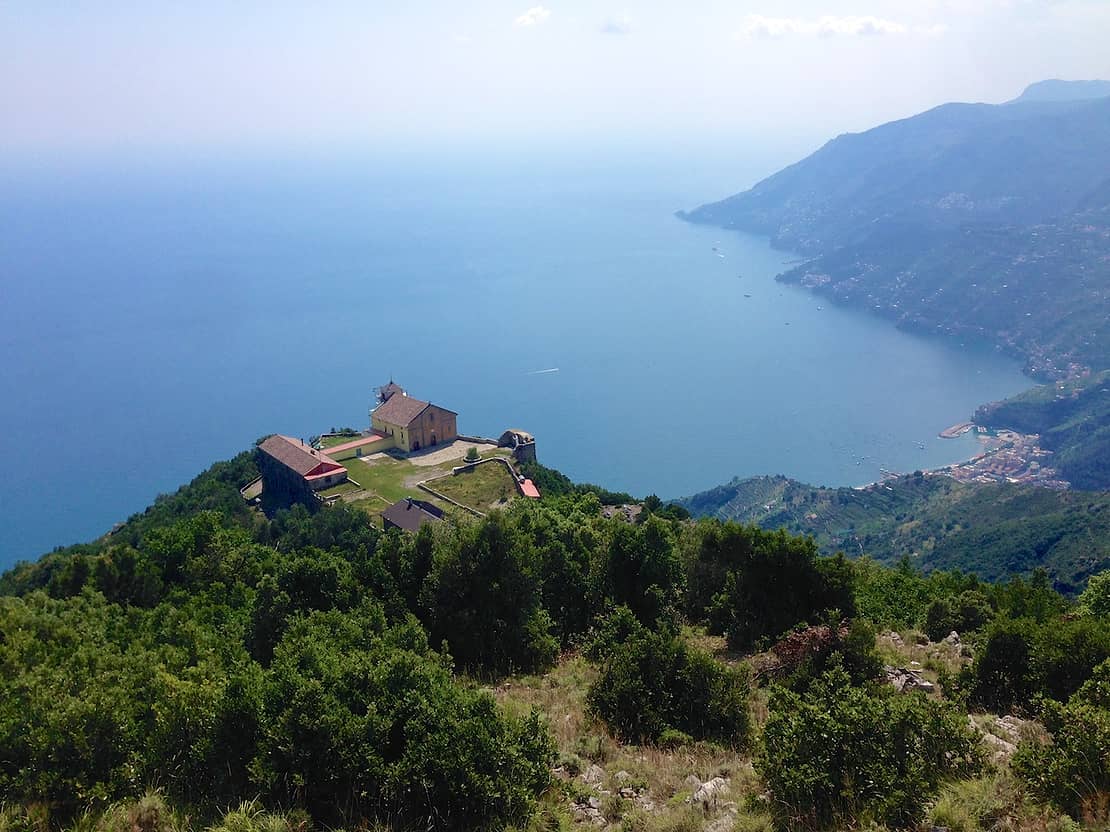 Following in the footsteps of the faithful, up the steep path which from Maiori leads to the Sanctuary of the Madonna dell'Avvocata: a medieval hermitage gazing out over the Bay of Salerno.

Your chance to visit the haunted tower and the fortress which were once part of the defense walls of the Dukedom of Amalfi.

An expedition through the jungle of ferns which carpets the slopes behind Amalfi, discovering the ruins of the towns medieval foundries.

A historic watchtower perched above the coast.

A sacred place, where the beauty of nature evokes an almost reverential silence.