The delightful fishing village of Nerano is yet another slice of paradise on the Amalfi Coast, famous for its pristine coastline, pretty historic center, and traditional seafood restaurants. The village is said to have acquired its name after the emperor Tiberius Nerone built a summer residence here.
As during the height of the Roman Empire, Nerano continues to attract well-heeled holidaymakers with its beautiful little beaches and secluded coves. Nerano's beach faces onto the bay of Marina del Cantone, the rocky seabed and transparent waters of which make it a well-established favorite among scuba divers.

Nerano sits inside the Punta Campanella Natural Marine Reserve. From the right side of Cantone beach, visitors can access a panoramic footpath that leads to the white-pebble Recommone beach, home to the exclusive "Conca del Sogno" private beach club and restaurant that is popular with the international jet-set.

The village of Nerano is located on the farthest point of the Amalfi Coast and can be reached by driving (or taking a Sita bus) along Via Nastro Azzurro between Sorrento and Sant'Agata sui Due Golfi or Via Nastro Verde from Massa Lubrense. From either of these two routes, exit for Nerano. There are a number of pay parking areas near the beach that charge around EUR 10/day.
For additional information: How to Get to the Amalfi Coast

Hiking Trails between Sant'Agata and Nerano 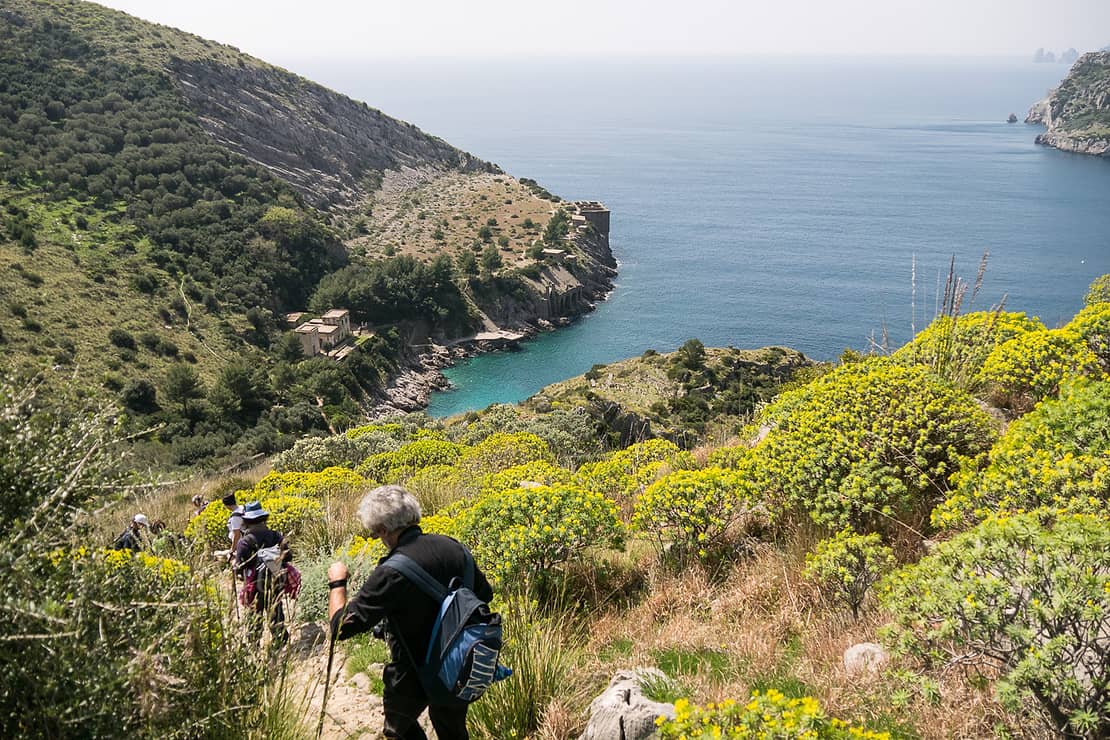 From the main square in Nerano, you can take the trail to the Baia di Ieranto (Bay of Ieranto), today a National Heritage Trust property and one of the only pristine protected areas on the Sorrentine Peninsula. A number of Roman ruins have been found here, proof of millennia of history that may include a temple dedicated to the sirens, later dedicated to the goddess Athena. The path that runs from Nerano to the Bay of Ieranto takes about an hour to walk, ending at a small cove facine the Faraglioni off the coast of Capri.

If you don't feel like hiking the hour-long trail to Ieranto (or the uphill walk back), you can book a water taxi with the Sant'Antonio Cooperative (+39-0818081638) that will take you from the Marina del Cantone beach along the Amalfi Coastline to the bay.

Where to Eat in Nerano 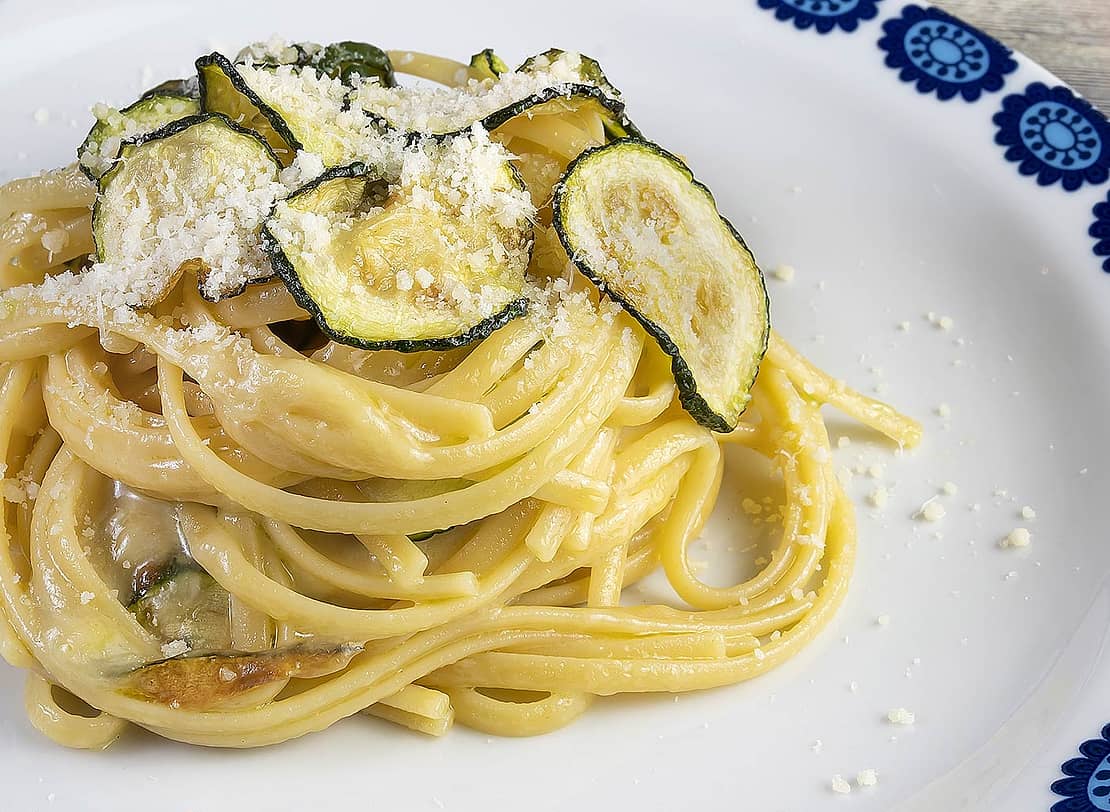 Nerano is known for its intimate seafood reastaurants lining the waterfront of Marina del Cantone. You can eat at any of these and have a spectacular meal, especially if you order the local specialty, spaghetti alla Nerano (made with zucchini and local provolone cheese). This iconic dish is a mainstay of most menus, but particularly excellent at da Mariagrazia, the restaurant where it was invented. For a more gourmet experience, book a table at the fine-dining Quattro Passi and Taverna del Capitano. The trendiest spot to eat is the private Conca del Sogno beach club.

Where to Stay in Nerano

Nerano is a small village with limited hotel options. The top choice is La Certosa, a 3-star hotel with comfortable rooms just steps from the Marina del Cantone beach. For a self-catering stay, Relais Villarena is a villa set in the center of Nerano that was once owned by the Marquess Villarena that has been renovated into a number of holiday apartments.

Sweeping Amalfi Coast views from a hilltop perch and some of the best dining on the coastline.

A lively resort town on the opposite coast overlooking the Bay of Naples and Mt. Vesuvius.