With their unspoiled natural beauty and historic mystique, the Li Galli Islets are among the most legendary islands along Italy's southern coastline. Sitting just opposite Positano and not far from Capri, these islets are both nearby yet inaccessible and have been known for their wild beauty and captivating history for millennia. The Li Galli archipelago is composed of three islets - Gallo Lungo, La Rotonda, and Isola Dei Briganti (the name comes from its past life as a hideout for ships of brigands, but today it's also known as La Castelluccia) - that sit in the waters of the Mediterranean just opposite Positano to the south of the Sorrentine Peninsula and a short sail from Capri. These private islets have changed owners various times over the past few decades, and today are owned by the Italian entrepreneur Giovanni Russo and accessible only to invited guests. 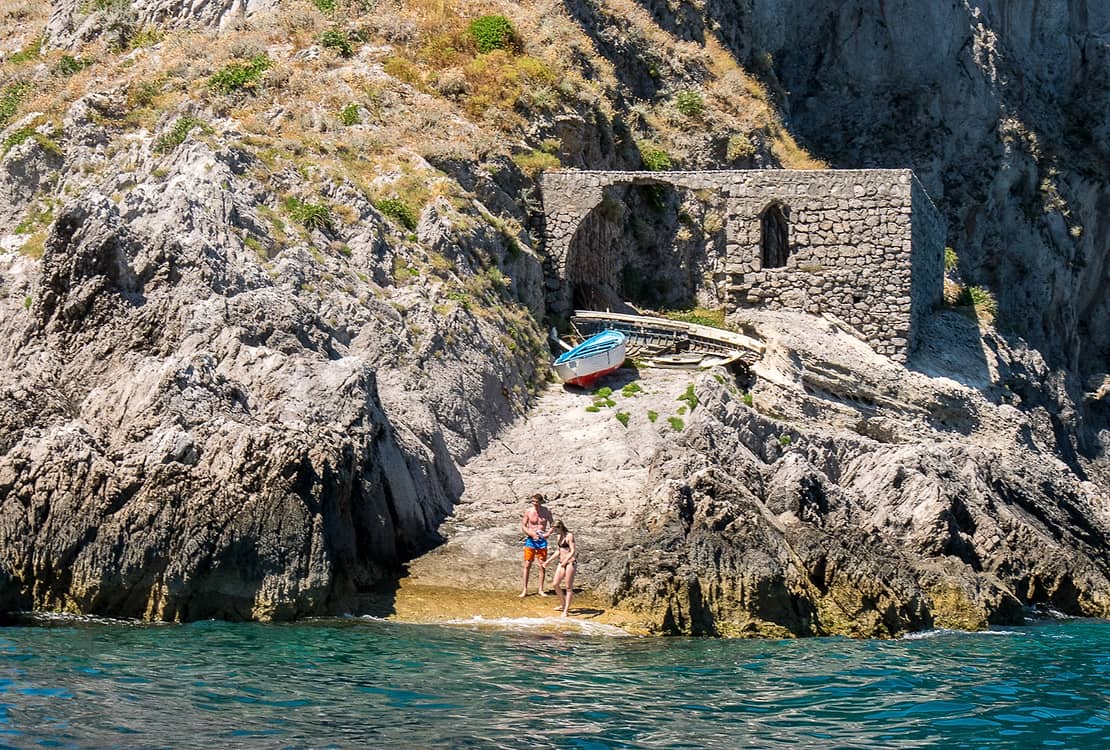 Tourists are not allowed to dock on the island or even to moor offshore, but you can take in their beauty from afar as you sail past as part of a boat tour itinerary, on a private gozzo charter, or with a rented rubber dinghy.

The archipelago is part of the Punta Campanella Marine Reserve, so protected by a number of measures to preserve its delicate ecosystem and marine life. Because of this, the Li Galli Islets have remained one of the most pristine and unspoiled archipelagos in the entire Mediterraneo and are one of the most unique clutches of islands in the world!

How to Get to the Li Galli Islets

The Li Galli Islets are privately owned and are set not far off the coast of Positano. You can reach them with a rented rubby dinghy or gozzo, or by booking a private day cruise or joining a group boat tour from Positano. Regardless of how you reach the islands, you are not allowed to disembark on the three islands in the archipelago.
Tour in barca

Remote and mysterious, the Li Galli Islets have been the subject of legend and myth for millennia, and figure into a number of ancient epic stories and poems.

Ancient Legends
According to Greek mythology, the archipelago was once inhabited by the sirens who famously bewitched passing sailors with their songs to the point that they would ground their ships or become lost at sea. Only the clever Ulysses and Jason, with their hearty band of Argonauts, were able to escape the spell of the sirens' song. From this ancient legend came the historic name of the Li Galli Islets: Le Sirenuse, in honor of their legendary siren singers. The first writer to mention the archipelago was Strabo, a Greek geographer who lived in the first century BC and gave the islands their historic name of Le Sirenuse. The modern name of Li Galli also comes from this ancient legend: according to Greek mythology, the sirens were half human and half bird ("galli" means roosters in Italian).

A History Stretching Across Millennia

The legend of the sirens who once inhabited the Li Galli Islets is probably based on history. The islands are surrounded by strong winds and hidden currents and sailing past was once a risky feat. Many ships sank or ran aground - traces of these sunken ships can still be found on the seabed, rich in amphoras and other archaeological treasures deep under the waves - and these frequent misfortunes eventually gave rise to the mythological sirens.

The largest of the Li Galli Islets, known as Gallo Lungo, has been inhabited since Roman times and is home to a number of archaeological ruins hidden among the lush Mediterranean landscape of brush, wild herbs, and colorful flowers. This island is famous for its dolphin shape, the only island in the world that resembles this marine mammal when seen from above. 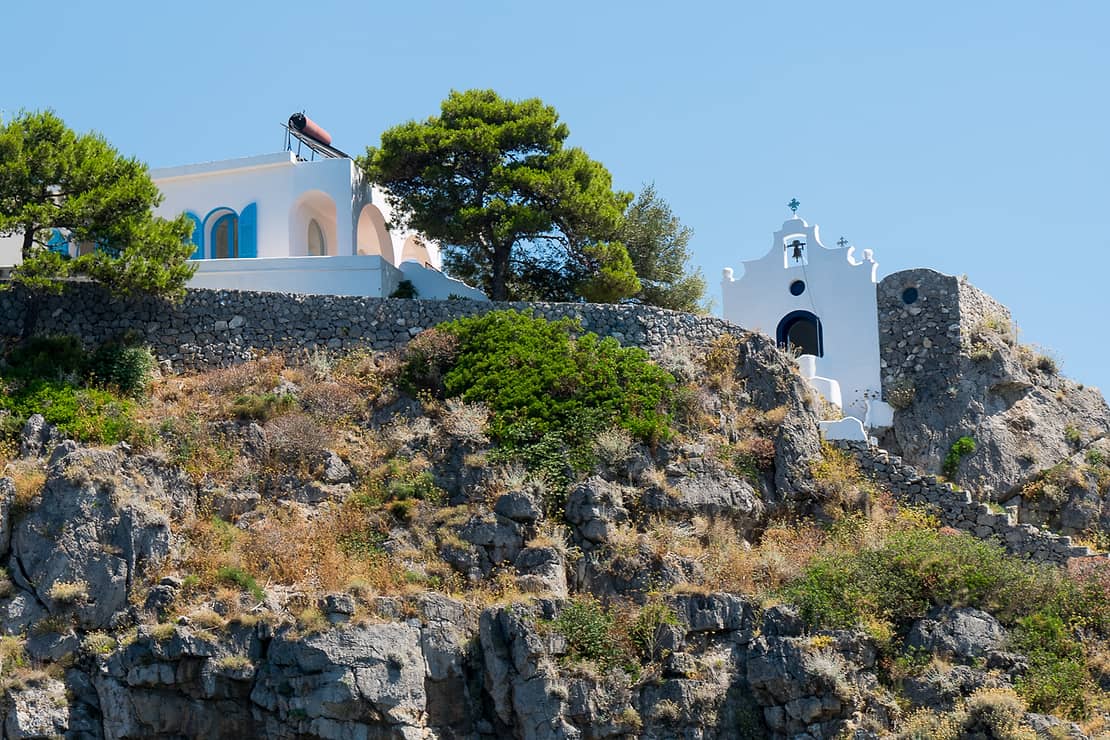 The fame attached to the Li Galli Islets flourished once more in the 20th century when this beautiful and historic archipelago caught the eye of a number of celebrities and Hollywood stars. In 1924, the Russian dancer and choreographer Léonide Massine bought the islands and built a sumptuous villa on the Roman ruins.

Massine's spectacular retreat was renovated in 1937 by the great architect Le Corbusier, who added a panoramic terrace with a breathtaking view of Capri's Faraglioni, as well as a number of terraces with delightful overlooks of Positano and the entire Amalfi Coast.

In the 1980s, upon the death of their owner, the archipelago became the property of Rudolf Nureyev, another star of the Russian ballet firmament. During his years there, Nureyev hosted a number of international celebrities on these exclusive islands overlooking Positano, including Sophia Loren, Franco Zeffirelli, Jacqueline Kennedy with Aristotele Onassis, and many other famous names.

The Cliffs of De Filippo

Just past the archipelago and not far off the coast of Punta Campanella, another tiny islet juts out from the sea. Not much more than a rocky outcropping, this minuscule cliff has a surprisingly rich history. Known as the Isca Islet, it was purchased by the iconic Neapolitan playwright, actor, and director Eduardo de Filippo after World War II. It was on his Scoglio Isca, surrounded by complete peace and pristine seascapes, that Eduardo wrote many of his most famous works. After his death, the island continued to be a retreat for his son, actor Luca De Filippo, and is still owned by the De Filippo family today.