How to Get to the Amalfi Coast

How to Get to the Amalfi Coast from Naples

If your plane lands in Naples Capodichino International Airport, you will need to travel first to the town of Sorrento to reach the Amalfi Coast.

You have two options:

Useful websites for the airport, buses, and taxis:

Once you arrive at the Circumvesuviana station in Sorrento, you will need to take the Sita bus which runs between the Sorrentine peninsula and the Amalfi Coast.

Sit on the right hand side of the bus to get the best view!

From Sorrento, the bus takes roughly 45 minutes to reach Positano and 60 minutes to reach Amalfi.
If you need to go beyond Amalfi or to Ravello, you'll have to change buses here.
The road is a series of stomach-churning curves: take all the precautions necessary if you suffer from car sickness.

Ferries To and From Capri Purchase Ferry Tickets Online and Be Sure of Getting a Seat Lock in the best rates and availability by buying ferry tickets to and from Capri online now!

How to Get to Your Amalfi Coast Hotel

To reach Amalfi and the other towns further south along Italy's Amalfi Coast, follow the same directions regarding getting to Positano and then continue by bus to Amalfi and beyond. Otherwise, take the train to Salerno and from there continue on by bus or ferry.

Another option is to take the Sita bus to Vietri Sul Mare and Amalfi, accessing the Amalfi Coast from the south rather than the north.
In this case, the bus's final destination is the Varco Immacolatella in the port of Naples.

The Varco Immacolatella is difficult to reach by public transport: with the Alibus you will need to get off at Piazza Municipio and then walk for quite a long stretch of road or struggle to get on to one of the city's crowded trams (an experience best avoided, especially if you have lots of luggage).
The best option by far is to take a taxi from the airport, asking the driver to apply the fixed rate (about €20) to the port. Make sure you clearly specify Varco Immacolatella, otherwise the driver will leave you at Molo Beverello.
Bus tickets can be purchased at the ticket office next to the bus stand and cost about €4.

How to Get to the Amalfi Coast by Sea

How to Get to the Amalfi Coast from Salerno

During the summer months, there are convenient ferry routes running from Salerno and stoppping in Positano and Amalfi (and vice versa if you're planning a day trip).
Salerno has two piers: Molo Concordia opposite the train station, which is perfectly located for those traveling by train;
and Molo Manfredi, a few kilometers away.
Routes usually run from 1 April to 31 October.


How to Get to the Amalfi Coast from Sorrento

Other ferry routes for Amalfi and Positano depart from Sorrento and generally run from May to October.

How to Get to the Amalfi Coast from Capri

Ferry routes between Capri, Positano, and Amalfi run from the beginning of April to mid-October when most tourists are interested in day trips. In April and May, there are generally two routes that depart each afternoon/evening from Capri to Positano and two routes departing each morning from Positano to Capri. In June, July, and August, additional morning routes depart from Capri to the Amalfi Coast and vice versa. You can see updated ferry schedules for the current season here:

Boat Transfer from Positano to Capri (or vice versa) 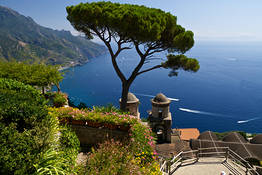 Discover all of Capri on two wheels! 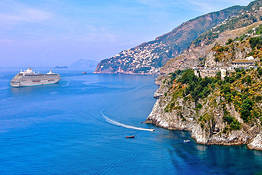 A professional english speaking drivers for transfers and excursions with complete assistance.

Sailing around the island, since 1955 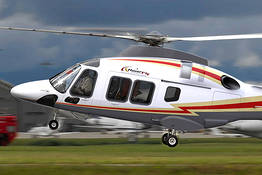 Experience the Amalfi Coast from on high with HoverFly Sam Helicopters transfers and excursions.