The name Ieranto derives from the Greek "Ieros", or "sacred": nearby, on Campanella point, there was once a sanctuary dedicated to the pagan goddess Athena and it is here that Homer set the Sirens attempt to seduce Ulysses.

Today, you can still sense the mystical spirit of the place, as you walk across the waves of rocks, greeted by a succession of spectacular visions of an incredibly blue sea.

How to get to Ieranto Bay

The path to the Bay of Ieranto commences in the tiny little fishing village of Nerano, a fraction of Massa Lubrense. The Sita coach company operates a regular bus service to Nerano, departing from Sorrento train station.
From the square in Nerano, start walking down the main street and, after just a few meters, to your right, youll come across the footpath.

The path proceeds over flat ground for circa one kilometer, past the Villa Rosa, where the writer Norman Douglas once resided. From this point on, the olive trees are far and few between, making way for lush, Mediterranean scrub.

A downhill stretch between low dry stone walls, brings visitors to a spectacular vision of the sea; the island of Capri; Punta Campanella; the islets of Li Galli and the unmistakable shoreline of the Amalfi Coast.

On route, you'll come across the remains of a number of old kilns: from the early to late 20th century the bay was the property of the state-owned Italsider steel company which used to extract the '''limestone.

At a certain stage, the path divides into two: heading either uphill to Monte Alto and Punta Penna, or downhill to the small pebble beach of the Bay of Ieranto, where bathers can swim in the warm waters directly opposite the Faraglioni of Capri.

If you fancy a swim in the crystal clear waters of the Bay of Ieranto, but not the long walk to get there, you should head to the beach of Nerano and take one of the boats operated by the Sant Andrea Cooperative (the only company authorized to access the protected marine area of Punta Campanella).

On your way back from Ieranto, stop off for an ice-cream at the Glocal bar. No ordinary bar, Glocal is filled with art works devoted to Ieranto. And make sure you have a chat with the owner: he has a seemingly endless supply of fascinating stories to tell about the bay. 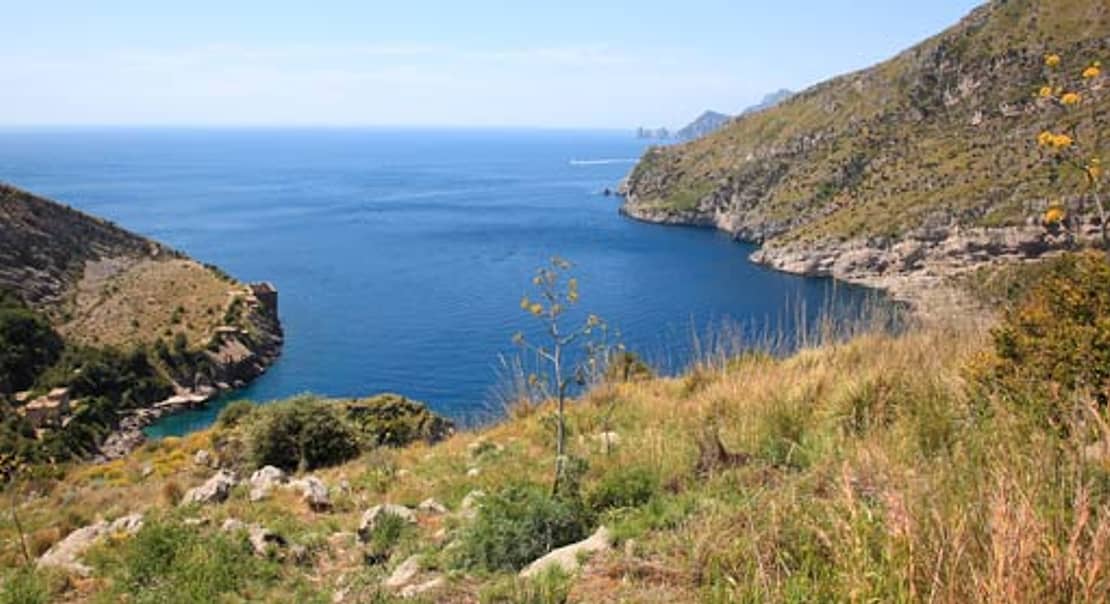 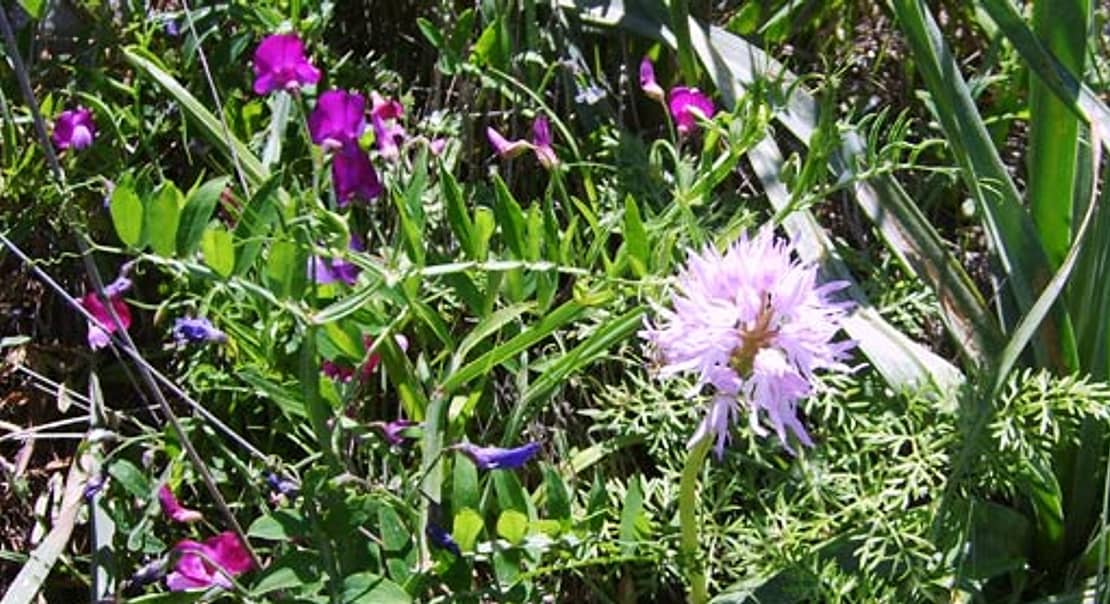 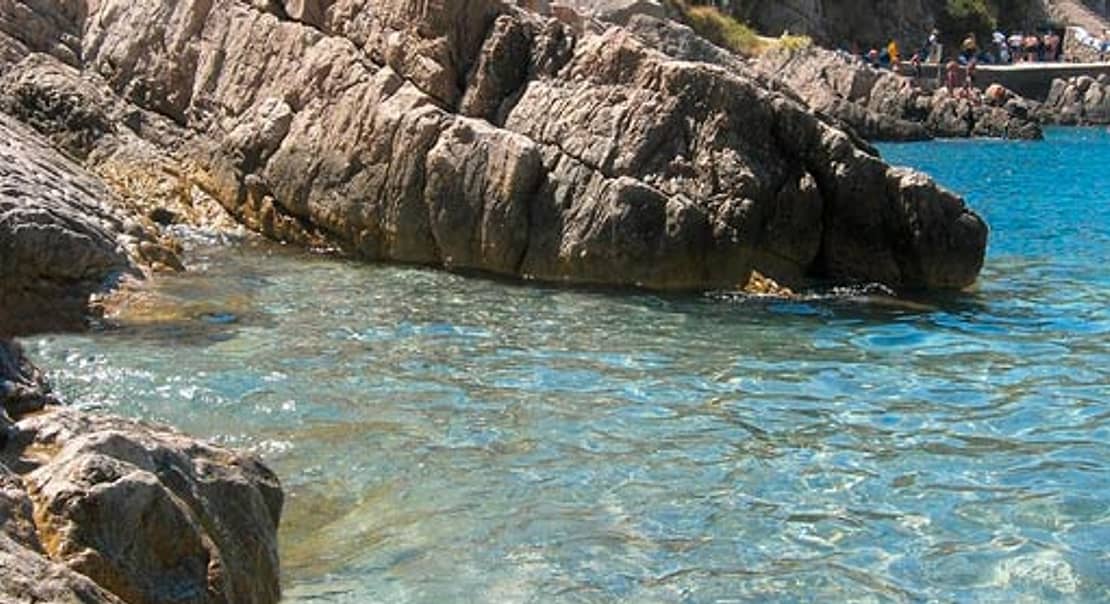 A historic watchtower perched above the coast.

Sweeping, accessible beaches and hidden bays reachable only by boat.